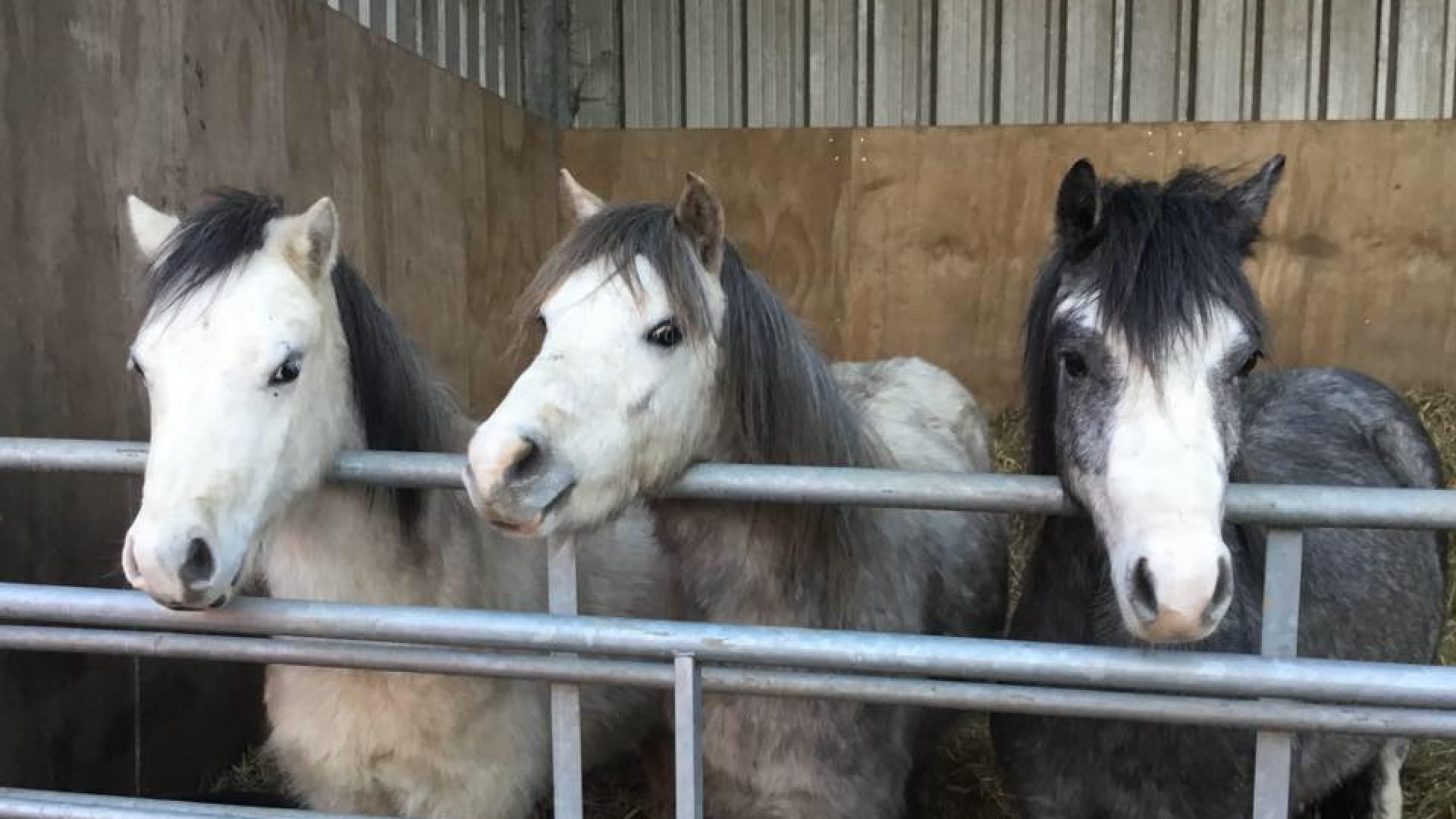 Having spent many years as a child growing up and holidaying in Gower, South Wales, getting to know the fabulous beaches and dramatic scenery it had always been a life long dream to one day retire to the area. When that day came, Robbie & David moved to Woodfield in Welshmoor near Swansea for what they hoped would be a quieter life, at a slower pace.

Those plans were dramatically changed, when within one month our first rescued ponies started to arrive. Olly Beak was our first rescue. We found him emaciated next to the body of his dead field companion. We brought him back to Woodfield and he began recieving treatment straight away. He is still with us, and he will live out the rest of his life with us, here at Woodfield.

On one memorable occasion over 20 ponies arrived in one night, some have been in road accidents, several orphan foals, and many colts and stallions needing castrating . It soon became apparent that we needed to create a safe haven for some of these desperate horses and ponies. Woodfield Animal Sanctuary was born.

In the Spring, Wales Online came to do some filiming at Woodfield. We had many orphaned lambs at the time, as it was just after lambing season.

At the beginning of 2020, the BBC came to do some filming at Woodfield. From this, we became known as ‘The Accidental Sanctuary’.

This year we finally became a registered charity! We can not thank everyone for all their support. it really means so much to us all and the animals in our care.